Welcome to the Friday tutorial!

This tutorial covers several core programming concepts that we'll build upon during an interactive lecture tomorrow morning. It will take 1-2 hours to complete. There's a break in the middle, and exercises at the middle and end to help review the material.

you should type the expression at a Python prompt, hitting Return after every line and noting the output.

By the way, what is a "function"? Here are the important ideas about functions: 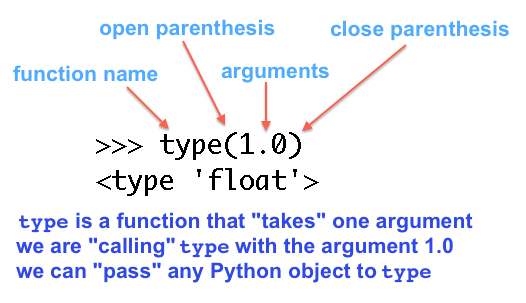 A lot of work gets done in Python using variables. Variables are a lot like the variables in math class, except that in Python variables can be of any data type, not just numbers.

Giving a name to something, so that you can refer to it by that name, is called assignment. Above, we assigned the name 'x' to 4, and after that we can use x wherever we want to use the number 4.

You can reassign variables if you want:

You can smoosh strings together (called "concatenation") using the '+' sign:

There are many kinds of Python errors, with descriptive names to help us humans understand what went wrong. In this case we are getting a TypeError: we tried to do some operation on a data type that isn't supported for that data type.

Python gives us a helpful error message as part of the TypeError:

produces a TypeError. We are telling Python to concatenate a string and an integer, and that's not something Python understands how to do. 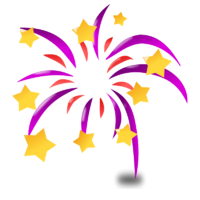 The string manipulate is exactly the same as before. The only difference is that you need to use print to print results to the screen:

Do you understand the difference between elif and else? When do you indent? When do you use a colon? If you're not sure, talk about it with a neighbor or staff member.

Retrieved from "https://wiki.communitydata.science/index.php?title=Community_Data_Science_Course_(Spring_2016)/Day_1_Tutorial&oldid=82598"
This page was last edited on 29 March 2016, at 02:13.
Content is available under Attribution-Share Alike 3.0 Unported unless otherwise noted.
Privacy policy
About CommunityData
Disclaimers